‘The Princess and the Prophet’ review: an American bridge to Islam | Curio

‘The Princess and the Prophet’ review: an American bridge to Islam 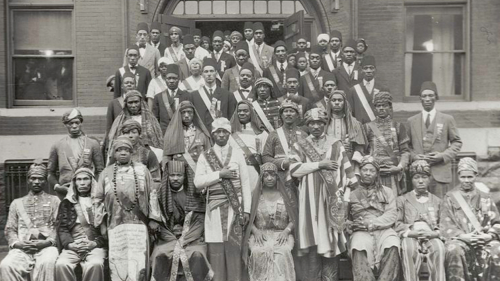 How a Kentucky-born vaudevillian sparked the Black Muslim movement. "African-American Islam has receded since 1975, increasingly replaced by normative Islam, a trend that will likely accelerate with the passing of the Nation of Islam’s current leader, Louis Farrakhan, now 87. But Noble Drew Ali and the MSTA have earned a permanent place in American history by serving as the original bridge for 700,000 American blacks, and likely many more in the future, to move from Christianity to Islam." Daniel Pipes reviews Jacob S Dornan’s book, 'The Princess and the Prophet', for The Wall Street Journal.