Will Putin be Russia’s president for life? | Curio

Will Putin be Russia’s president for life? 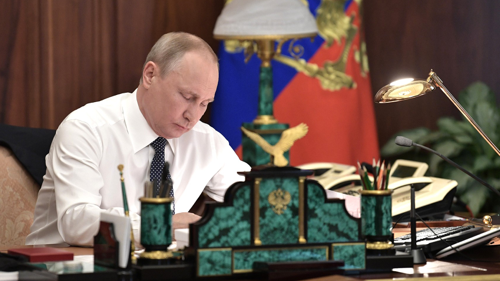 A series of choreographed moves have set the stage for him to rule until at least 2036. Vladimir Putin has been serving as the current President of Russia since 2012, after an initial run between 2000 and 2008. With his current term scheduled to end in 2024, the question in many people's minds is: what will he do next? Given the recent developments, we might have found out the answer. Foreign Policy's Russia correspondent, Reid Standish, reports.