America abandoned its economic prophet — the world embraced him | Curio

America abandoned its economic prophet — the world embraced him 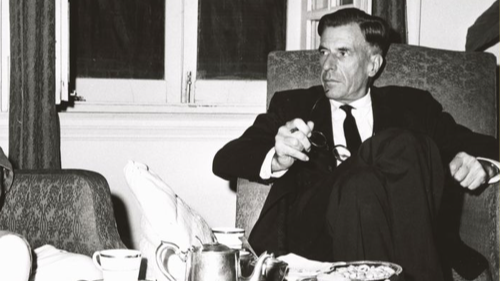 Who was John Kenneth Galbraith? An intellectual celebrity 50 years ago, the Canadian-American economist was known as Harvard's longest-serving professor and close-advisor to John F. Kennedy and Lyndon B. Johnson. His economic vision put industrialism over the financier, something which made him clash with Milton Friedman. While the US and the UK sided with Friedman in the 70s and 80s, other countries like Germany, Japan, South Korea and China embraced Galbraith's principles. Now his son, James K. Galbraith, ponders if America is ready to change course.