Pinker’s progress: the celebrity scientist at the centre of the culture wars | Curio

Pinker’s progress: the celebrity scientist at the centre of the culture wars 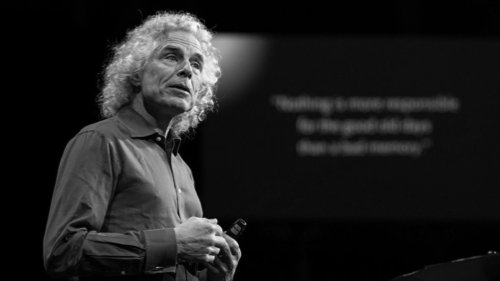 The Harvard psychologist's powers of persuasion. Since the 1990s, Steven Pinker has written popular books on human behaviour. But in the past decade, a time where many authors were reflecting on rising inequality and ecological catastrophe, Pinker argued that things are, in fact, better than ever. How did he get to this line of thought that resonates deeply with the likes of Bill Gates and Mark Zuckerberg. Alex Blasdel explores how Steven Pinker became one of the world’s most contentious thinkers. He reveals the intellectual habits of a man that some believe is ‘one of the most influential thinkers of our time.’ ‘In recent years, Pinker has carved out a niche for himself as a pundit who brings social science to the culture wars. He comes to these conflicts armed with the rhetorical skills of the debate champion and the visual aids of a management consultant.’