In Poland we've become spectators at the dismantling of democracy | Curio

In Poland we've become spectators at the dismantling of democracy 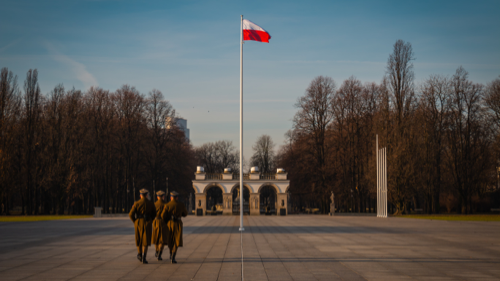 A wave of populism has taken over a country that grows divided. A disturbing future awaits the country after Andrzej Duda's campaign, which merged politics, populism and entertainment, Karolina Wigura and Jarosław Kuisz report in the Guardian. "If liberal democrats don't learn about the power of spectacle in the era of dopamine politics, they will fade into irrelevance. And if populism is about creating a spectacle that depicts liberal democracy falling apart, liberalism must provide an alternative spectacle."