In Naples, a city steeped in pagan rites, I saw Maradona cast his spell | Curio

In Naples, a city steeped in pagan rites, I saw Maradona cast his spell 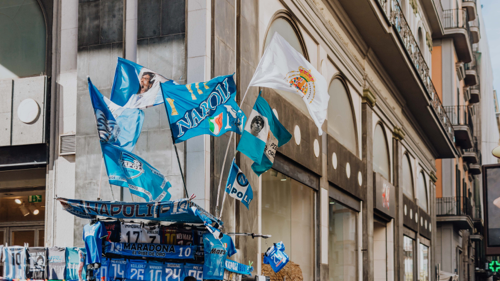 The southern Italian city known for its passion was for the footballer both a spiritual and professional home. Ed Vulliamy, from the Guardian, shares this personal memoir of the passionate, intense bond between the Argentinian and his adopted city, which saw his triumphs and his tragic downfall. "Life is nothing if not a storage of memories long gone but cherished, and among my own are those Sunday afternoons over two years with an 'abbonamento' — season ticket — spent at San Paolo, watching Maradona play. Years of wonder, and poignant decline: Diego’s delivery of a second scudetto for Napoli in 1990; both triumph and tribulation during the 1990-91 season, then Maradona’s ensnarement by celebrity, the Camorra mafia and its white stuff — and his tragic departure."