Socially distance this: Carnival executives knew they had a virus problem, but kept the party going | Curio

Socially distance this: Carnival executives knew they had a virus problem, but kept the party going 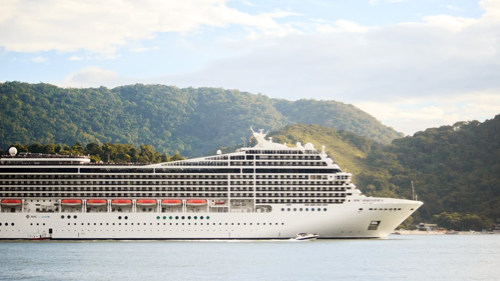 The failings behind the Grand Princess cruise ship. More than 1,500 people on Carnival cruise line's ships have been diagnosed with COVID-19, and dozens have died. "As the lockdown progressed, the ship became a fixture on cable news and social media around the world, live-streamed by frustrated, scared passengers as if it were the Titanic of the TikTok age. Of the first 46 crew and passengers who were tested for the virus, 21 were positive. President Trump suggested they should be prevented from disembarking." Austin Carr and Chris Palmeri, writing in Bloomberg Businessweek, investigate the story.