They were labeled witches — they just had dementia 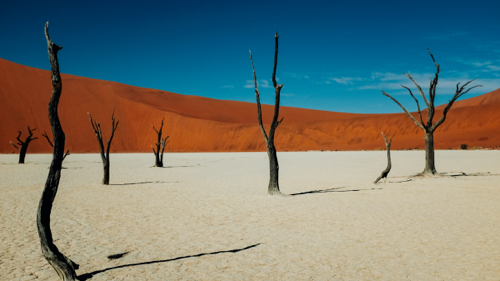 A man's lifelong pursuit to correct a system's wrongs. In tribal communities across Namibia, older, eccentric people are often accused of witchcraft and violently attacked. More problematically, a combination of lack of knowledge, religious dogma and poor medical infrastructure only but aggravated the issue for decades. Then, one man realised two key things: these people needed treatment for something else entirely, and the law was in their favour. In this poignant investigation, Shara Johnson explores the story and efforts of Berrie Holtzhausen, a white Afrikaner and Church pastor who campaigned tirelessly in favour of the "misunderstood demographic." "The World Health Organization estimates that 50 million people are currently living with dementia globally, with the number projected to triple by 2050. An estimated 63 percent of cases are in lower-income countries, although the real percentage is quite likely higher, because extremely little data has been collected on the prevalence of dementia in the Black population of Sub-Saharan Africa. Alzheimer’s Disease International (ADI), a global federation of Alzheimer’s and dementia associations that works in collaboration with the World Health Organization, found in a study of five Sub-Saharan countries that, 'No equivalent term for dementia was identified in any local languages.'"