Vulfpeck... the band who made $20,000 from their silent Spotify album | Curio

Vulfpeck... the band who made $20,000 from their silent Spotify album 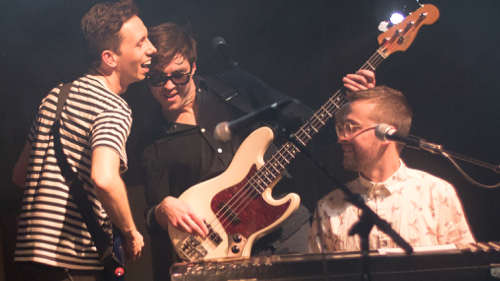 The US band asked fans to stream their five-minute album of silence to generate money for a tour. It worked. "The Michigan funk outfit made headlines when they released Sleepify, 10 songs of silence that varied between 31 and 32 seconds. The result was a five-minute album of nothingness that the band asked fans to stream on repeat while they slept. The aim was to generate enough royalties for the band to go on tour – promising free shows in return." Tim Jonze reports for the Guardian.