How two academics hunted down a Syrian war criminal | Curio

How two academics hunted down a Syrian war criminal 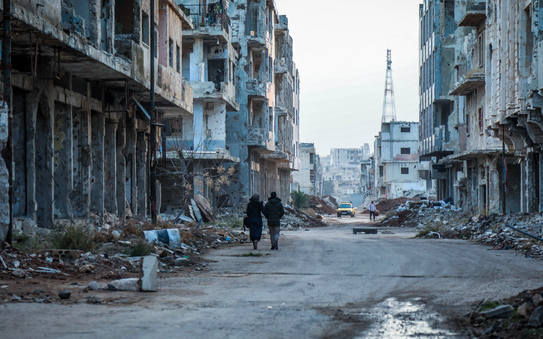 The Massacre in Tadamon is one of the darkest moments in Syria's recent history. In April 2013, at least 41 men were executed in the Damascus suburb of Tadamon. Years later, a recruit to a loyal Syrian militia discovered the footage on a laptop belonging to one of Bashar al-Assad's security wings, who shared it with the rest of the world, casting an unprecedented light on war crimes the regime had always denied. Matin Chulov brings you the story of the whistleblower who condemned himself to a life of exile and the two researchers from the University of Amsterdam's Holocaust and Genocide Centre who are working to bring justice to the victims' families.