Cubans, broken by pandemic and fueled by social media, confront their police state 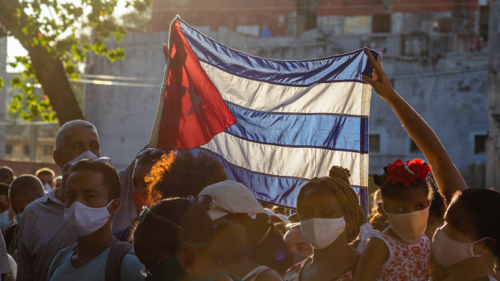 Analysing the country’s biggest anti-government protest in decades. Cuban soldiers and police patrolled the streets of all major cities for several days in response to mass unrest around the country. Yet even if the powerful authorities manage to quell the fury of the protests, their scope suggests a significant threat to the government unlike any other in recent times. Anthony Faiola talks to protesters and regional experts to understand the complexities of these demonstrations. Could they be the origins of a new era?