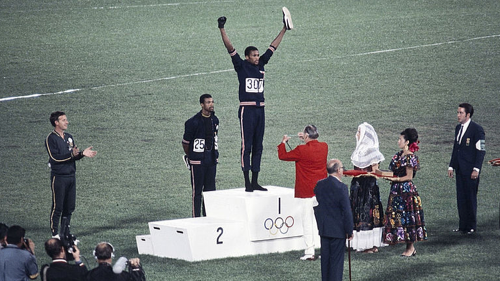 When the Olympics played a role in the politics of protest. "The anthem started. Smith and Carlos thrust their fists in the air. Different people recall the reaction within the stadium very differently: Time magazine reported that 'a wave of boos rippled through the spectators', but Newsweek describes simply a 'murmur [that] rippled through the stadium', and in the New York Times it is reported that the protest “actually passed without much general notice”. What is certain is that for everybody involved, life was about to change forever."