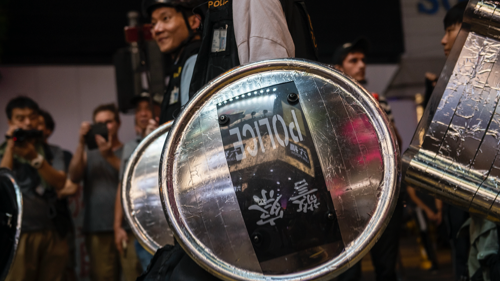 Beijing’s growing crackdown marks the twilight of the lawyer’s fight for his city’s future. Martin Lee has been a force in Hong Kong’s democracy movement for three decades. Now, "for the first time in a career of activism carried out meticulously inside the law, Mr Lee, 82 years old, is facing a criminal charge, after being arrested for participating in a huge unauthorised march in 2019." As Beijing's hand over Hong Kong strengthens, John Lyons reflects on Lee's changing image in the peninsula. “'All I can say is, all these years I have been doing this for Hong Kong, not for myself,' Mr Lee said of such criticism, in an interview on the day before the national security law went into effect. He was surrounded by a few mementoes in an otherwise spare office: a letter from Bill Clinton, a bust of Winston Churchill, and a photo of himself, calling for democracy from the balcony of the city’s legislature."