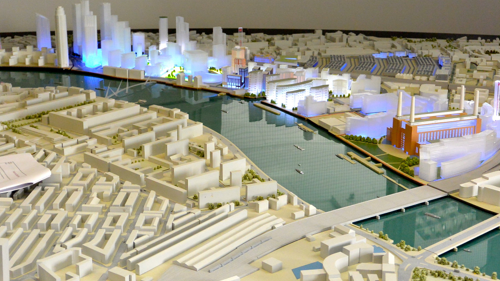 For Oliver Wainwright, it became an opportunity to segregate society on an industrial scale. Few places have seen such turbocharged luxury development as Nine Elms on the London riverside. But with the coronavirus pandemic still raging through the city, prices are now tumbling, investors are melting away and promises of luxury are turning to dust. Here, Wainwright — the Guardian's design and architecture critic — takes a closer look into the project's promises and its worrisome social repercussions. "As off-plan customers began to suspect that they had bought into an illusion, they rushed to sell their speculative investments back to the developers, leading to a phenomenon known as 'Nine Elms disease', as up to £2m was knocked off the price of some penthouse flats. 'Battersea panic stations' announced one headline. While the practice of immediate relisting has now been banned, and prices have mostly stabilised, there are still signs of a glut of too many similar high-end flats, with some investors trying to dispose of entire floors of towers in Vauxhall. 'It seems some people took a big bite of the pie,' said an analytics firm director, 'and it didn’t taste so good.'”