What were the Capitol rioters thinking on Jan. 6? | Curio

What were the Capitol rioters thinking on Jan. 6? 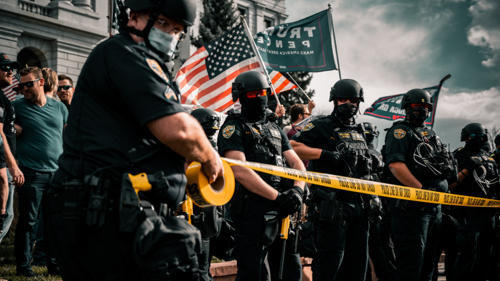 Was it ideological conviction or something bigger at play? Six months from the events, many court cases, hearings and resurfacing evidence are starting to paint a picture of the psyche behind the group that shockingly stormed the US capitol at the beginning of the year. Dan Zak and Karen Heller take a deep dive into the findings. "Personal baggage has been submitted as evidence. Douglas Jensen — the Iowa man who wore a 'Q' shirt and stalked Capitol Police officer Eugene Goodman up a flight of stairs — is 'the product of a dysfunctional childhood' spent mostly in foster care, according to his lawyer. Jensen, saddled with stress, the lawyer said, became a “true believer” in QAnon, an extremist ideology that the FBI has deemed a domestic terrorism threat."