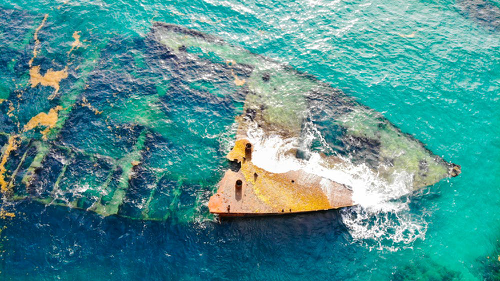 "This is truly ground-breaking, one of the most incredible discoveries under the Mediterranean." "One of the wrecks is a 17th-century Ottoman merchant ship, described as 'an absolute colossus', which was so big two normal-sized ships could have fitted on its deck. Its vast cargo has hundreds of artefacts from 14 cultures and civilisations, including the earliest Chinese porcelain retrieved from a Mediterranean wreck, painted jugs from Italy and peppercorns from India." Dalya Alberge reports for the Guardian.