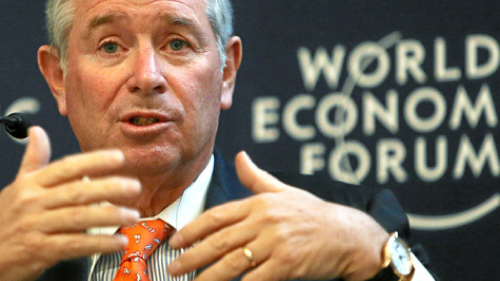 When rejected by Harvard, he called the dean of admissions to tell him he had made a mistake. Stephen Schwarzman is the founder of Blackstone Group, the largest alternative asset manager in the world, with $554 billion worth of assets under management. With a wide range of global business interests in private equity, debt financing, hedge fund management, and real estate acquisitions, Schwarzman is one of the most powerful people on Wall Street. He was named one of Time magazine’s most influential people in 2007 -- and has donated hundreds of millions of dollars to different causes over the years. Schwarzman sat down with David Rubenstein, co-founder of the Carlyle Group, and host of the Bloomberg television show, Peer to Peer Conversations, to discuss starting the firm, surviving the real estate crash of 2007, and being rejected from Harvard.

From The David Rubenstein Show