The men making a fortune from Syria’s war | Curio

The men making a fortune from Syria’s war 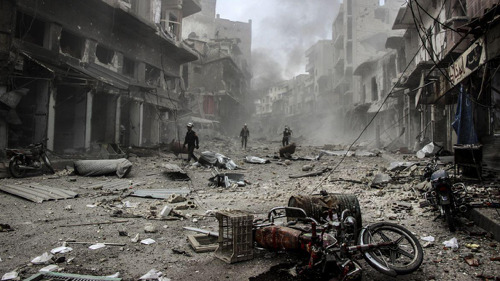 The dark story of wartime profiteers picking clean the carcass of the country’s economy. "This summer, a pair of Syrian brothers journeyed across Europe. Their story did not begin with a rubber dinghy afloat on the Aegean and a scramble for safety on to a Greek island: a well-worn route for many Syrian refugees fleeing a conflict that has lasted eight years and taken an estimated half a million lives. Instead, these brothers landed in Cannes; their transportation, a plane, then a pair of Ferraris; their extravagances documented on social media and culminating on the party island of Mykonos." Behind the death and displacement of Syria's brutal civil war, a few individuals are making millions. Writing in the Financial Times, Chloe Cornish investigates.