Arsène Wenger: ‘I try to read everything that helps me understand human beings’ | Curio

Arsène Wenger: ‘I try to read everything that helps me understand human beings’ 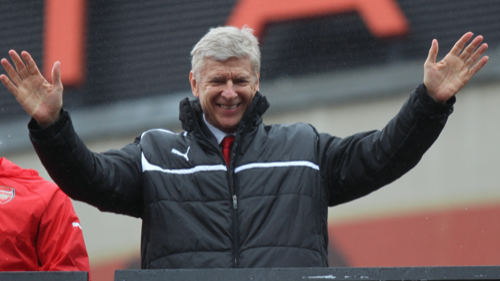 The erudite Frenchman who transformed English football. Here, he takes questions from politicians, artists, readers – and José Mourinho. "Wenger was born in 1949, grew up in a village in Alsace, eastern France, and had an early insight into human psychology watching the patrons of the bistro that his parents ran. “Alcohol, brawling, violence, everything that used to scare or disgust me as a child,” he recalls in My Life in Red and White, his new autobiography. He became a hard-grafting midfielder, eventually playing for Strasbourg in France’s top division, but he always thought deeply, even obsessively, about the game, and in his early 30s he moved organically into coaching, first at Cannes and Nancy then Monaco and in Japan at Nagoya Grampus Eight."