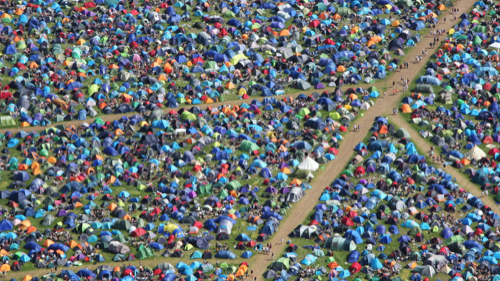 On the week that should have been Glastonbury’s 50th year, David Cheal shares this nostalgic piece. What's the life of a festival-goer like? "I managed to experience a couple of those legendary years when the security was lax enough to allow young entrepreneurs to charge ten quid to let people in through a hole in the perimeter fence. A threat to remove the festival's license due to overcrowding put a stop to that, and in subsequent years a wall that would be the envy of Donald Trump was erected around the site. Glastonbury finally turned professional." David Cheal reflects on his own experiences for the Financial Times.