Why it's hard to escape Amazon's long reach 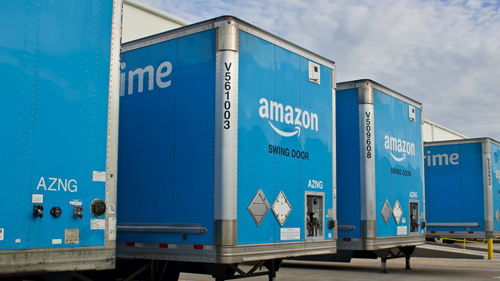 Being an e-commerce platform is just one of the many, many things the company does. Cloud computing provider, TV producer, fashion designer, wind-farm backer, and organizer of crowdsourced micro-labour tasks. What doesn't Amazon do? If you feel your life has become highly dependent on the tech giant, and are looking for answers as to why that has happened, Paris Martineau and Louise Matsakis offer us just that in this remarkable study of Amazon's power over consumers around the world. "A bit of context: It helps to know how Amazon makes money. While its retail business is the most visible to consumers, the cloud computing arm, Amazon Web Services (known commonly as AWS), is the cash cow. AWS has significantly higher profit margins than other parts of the company. In the third quarter, Amazon generated $3.7 billion in operating income (before taxes). More than half of the total, $2.1 billon, came from AWS, on just 12 percent of Amazon’s total revenue. Amazon can use its cloud cash to subsidize the goods it ships to customers, helping to undercut retail competitors who don’t have similar adjunct revenue streams."