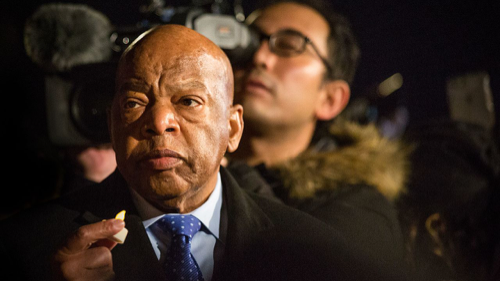 He was a movement's icon and one of America's most prominent liberal politicians. "Barack Obama, the first African-American US president, wrote on Medium that he had told Lewis he 'stood on his shoulders' and had only reached the White House because of the 'sacrifices' made by Lewis. 'He will continue, even in his passing, to serve as a beacon in that long journey towards a more perfect union.'" James Politi, from the Financial Times, shares his obituary of civil rights activist and Democratic congressman John Lewis, who passed away in July 2020, aged 80.