Europe is failing its test in Libya 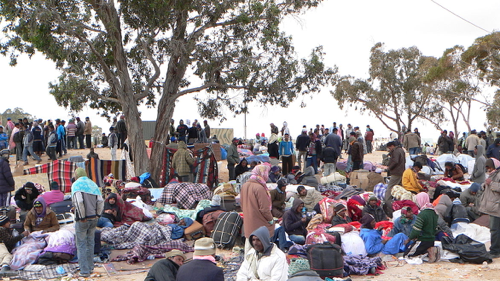 Has the European Union bitten off more than it can chew in the African nation? "The mobilization of military assets to block arms shipments was meant to demonstrate Europe’s determination to play a major role in tackling international crises, independent of the U.S. Choosing Libya as the test of this resolve made sense: The Trump administration has little interest in resolving the crisis; American forces were withdrawn from Libya in 2019, as Haftar’s forces marched toward the capital." Bobby Ghosh, writing in Bloomberg, reports.