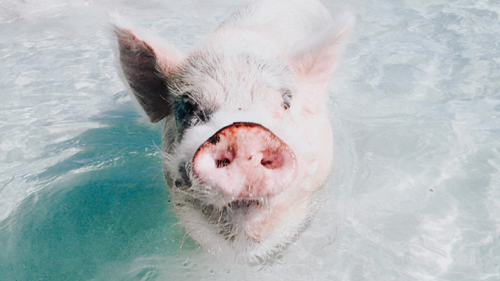 All animals are interested in continuing to live. It's not controversial; it's a fact. What's wrong with eating meat and dairy so long as we treat them 'humanely' and don't inflict 'unnecessary' suffering? If you look at it using conventional moral thinking, the answer is nothing, as animals are still widely believed to have no demonstrable cognition or self-awareness. This means that they have no sense of what they lose when they die, a position reflected in most western laws and popular thought that rejects the idea that nonhuman animals have personhood. Considering our use of animals for food, clothing and labour, we kill more than 70 billion land animals and at least 1 trillion sea animals every year. To put this into perspective, at the expense of our planet and sometimes even our health, we kill more animals in one year than the estimated number of human beings who have ever lived. Therefore, approaching the question from both conventional moral and economic perspectives, Gary L. Francione, author of Why Veganism Matters: The Moral Value of Animals, questions whether this animal use is necessary.