Lea Ypi on growing up in Europe’s last communist state 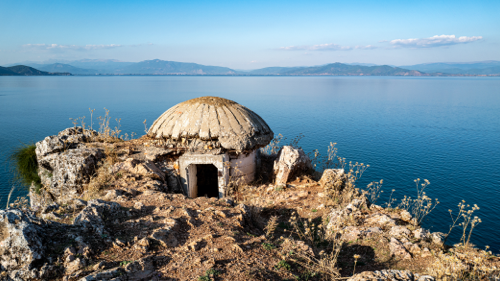 Spies, lies and doublethink. She believed her parents loved Enver Hoxha’s Stalinist regime. But once Albania’s communist system collapsed, she began to realise nothing was as it seemed. On the 30th anniversary of the collapse of the Soviet Union, Aida Edemariam interviews Lea Ypi, the professor of political theory at the London School of Economics, about her upcoming memoir on her childhood in Albania, the last communist state. "Albania held out for a year or so after the Berlin Wall fell, but protests escalated, and on 12 December 1990 it became a multiparty state. Ypi’s parents, who had opted to keep their children safe by letting them believe everything they were taught at school, began to admit that no, they had not loved Uncle Enver. But they could not be completely clear about why. Change did not happen overnight: the communist party was elected and ran the country until 1992, so there were many things it was not safe to say."