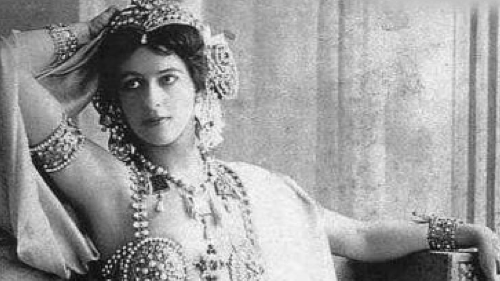 She was an exotic dancer, an artist’s model and a convicted First World War spy. But how much do we really know about the woman behind the legend? "Gretha (as she was known before her fame) could have easily followed the trajectory of the fallen angel, so beloved of Victorian writers, slipping from bourgeois respectability into prostitution and an ignominious early death. But as an expert at self-fashioning, she transformed herself into an ‘Oriental’ exotic – taking the stage name Mata Hari: eye of the day, the dawn in Malay – whose fluid moves and revealing costumes were considered by contemporary critics to be the height of modernist expression. Mata Hari defied expectations, and yet the angel did fall from that brief moment of grace when she trespassed into the male sphere of espionage, unaware that this was more than just another performance." Julie Wheelwright, director of the MA in creative writing at City University of London, tries to trace the incredible true story of Mata Hari.