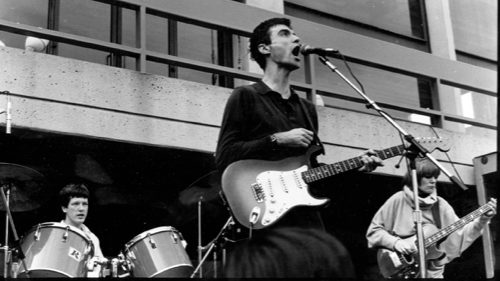 Chris Frantz recalls in fascinating detail the band’s early New York days — and their still unresolved break-up. "Unlike so many rock-star memoirs, Remain in Love (a play on a Talking Heads album title, Remain in Light) doesn’t recount a fall into the horrors of addiction and subsequent recovery, or rail against the vampires in the record business. Presumably, neither is part of the story, which is refreshing." Ed Ward reviews the drummer's new book in the Financial Times.