How a Lincoln-Douglass debate led to historic discovery 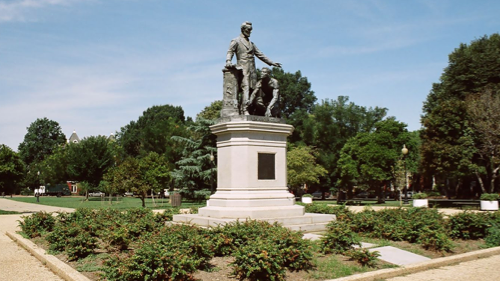 What was Frederick Douglass' real opinion about the Emancipation Memorial statue in Washington DC? "Just like that, a document apparently unknown to Douglass's biographers and not found in the orator's papers at the Library of Congress had landed squarely in the middle of the debate that has swept the nation and the neighbourhood around Lincoln Park where the statue stands." Ted Mann reports on the milestone findings for The Wall Street Journal.