The month that changed a century | Curio

The month that changed a century 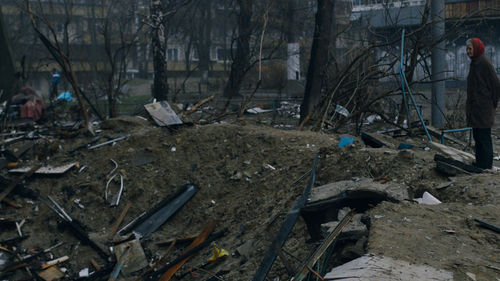 Putin has the entire postwar international system at stake. The Russian President has wholly changed this troubled century in less than a month. He has resurrected the concerns of nuclear war and territorial battle. He has jolted Western Europe awake from its postwar lethargy, and it has raised the prospect of German rearmament. He has also defied American power and influence. Michael Hirsh explores how Putin seeks to destroy Ukraine and the entire postwar global system in this analysis. He may yet succeed. ‘As much as a clash of civilisations, we are also witnessing a clash of centuries. Armed invasion of other nations by major powers, many once thought, went out with the nuclear age. For almost 80 years, many of us have mistakenly believed that World War II, punctuated at the end by two terrible mushroom clouds, was genuinely the war to end all wars. Not so. When Putin announced in the first week of the invasion that Russia’s huge nuclear arsenal was being prepared for “special combat duty,” even nuclear brinkmanship was suddenly back on the table.’