Kazuo Ishiguro: 'AI, gene-editing, big data ... I worry we are not in control of these things any more' | Curio

Kazuo Ishiguro: 'AI, gene-editing, big data ... I worry we are not in control of these things any more' 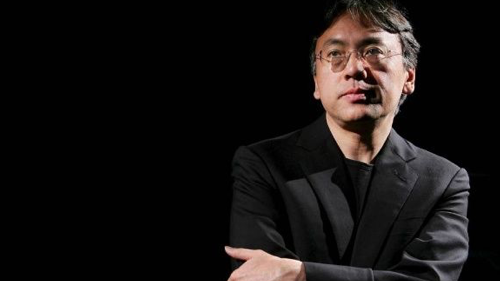 The Nobel-winning author on life after death — and his new novel about an ‘artificial friend’. Talking to Lisa Allardice in the run-up to the release of "Klara and the Sun", his first work since having won the Nobel prize for literature in 2017, the British author reflects on his mother's influence on his writing and explains why he is concerned about some of the scientific and technological breakthroughs of our age. "Ishiguro’s mother was also a gifted storyteller, telling stories from the war (she was injured by a roof tile in the Nagasaki bombing) and acting out scenes from Shakespeare at the dinner table. He holds up a battered copy of Dostoevsky’s 'Crime and Punishment', a present from his mother when he was around 16. 'Because I was a would-be hippie, she said something like: ‘You should read it — you will feel like you are going out of your mind.’ So I did read it, and was completely riveted from the start.'"