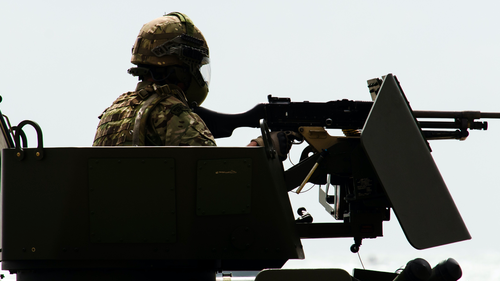 Get to know one of the most prominent minds in the British military. Helen Warrell sits down with the recently retired head of the UK’s armed forces. Amongst other burning topics posed to the longest-serving military chief since Lord Mountbatten, they discuss army culture, Afghanistan and how the west can reach out to Russians and counter Vladimir Putin. "Carter believes Putin is likely to succeed in taking Kyiv and installing his own regime, 'because I don’t think any of us can really believe that the Ukrainians will continue to be able to resist as doughtily as they have done'/ It’s “not entirely inconceivable' that the economic damage to Russia will be so severe that Putin is ousted, he says. 'The worst of all scenarios is that we have uncontrolled escalation, and the war is no longer limited to Ukraine and it becomes more European,' the general suggests bleakly. 'That, of course, is a very unpleasant prospect.'"