Love is a joint project | Curio

Love is a joint project 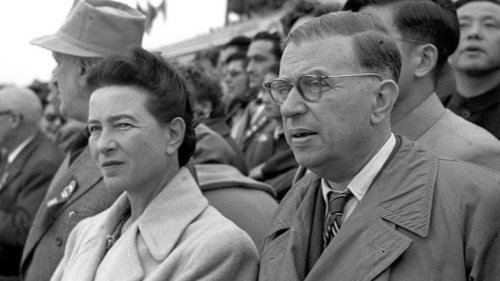 Simone de Beauvoir's authentic love is a project of equals. For the French writer and intellectual authentic love was an ethical undertaking: it can be spoilt by devotion as much as by selfishness. Kate Kirkpatrick reflects in Aeon magazine on the meaning of love. "What is truly needed, on Beauvoir’s view, is that the other be respected as ‘a freedom’: as a person who is perpetually becoming, with projects for her life that must be of her choosing. Whether the love in question is one of friendship, family or erotic, to be ethical there must be two freedoms, both of which respect the value of freedom in each other — such that neither of them suffers the mutilation of subordination. It was inconsistent, she argued, to value one’s own freedom without valuing the freedoms of others: as she put it in The Ethics of Ambiguity (1947): ‘To will oneself free is also to will others free.’"