A siege. A bomb. 48 dogs — and the black commune that would not surrender | Curio

A siege. A bomb. 48 dogs — and the black commune that would not surrender 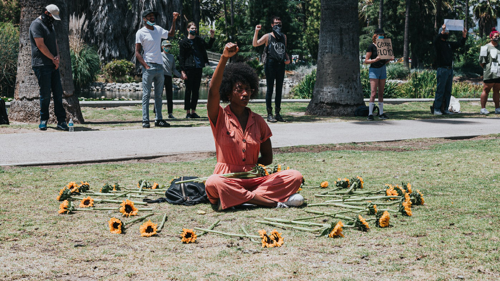 The struggle for black liberation is woven with fighting and resistance. Ed Pilkington tells us in the Guardian about the surreal story of the black commune that in 1978 would not surrender during the black liberation struggle. "'We exposed the crimes of government officials on every level,' Janine Africa wrote to me. 'We demonstrated against puppy mills, zoos, circuses, any form of enslavement of animals. We demonstrated against Three Mile Island [nuclear power plant] and industrial pollution. We demonstrated against police brutality. And we did so uncompromisingly. Slavery never ended, it was just disguised.'" The beginning of this piece makes reference to a photograph which can be viewed by clicking 'read along'.