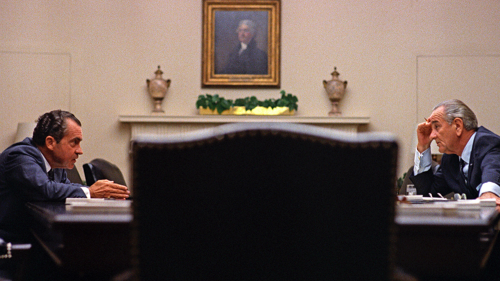 Social unrest helped doom Lyndon Johnson's presidency — can it end up saving Trump's? "Unlike in 1968, in other words, urban unrest with a racial dimension might actually save a beleaguered incumbent. The current wave of protests is in many ways a repeat of more recent events — Ferguson 2014, Charlottesville 2017 — and its main significance may be to shift the American political conversation away from the Trump administration's incompetent handling of the Covid-19 pandemic, back to the terrain of the culture war, where Trump is an experienced combatant." Niall Ferguson opines in Bloomberg.