The uneasy coexistence of Yandex and the Kremlin 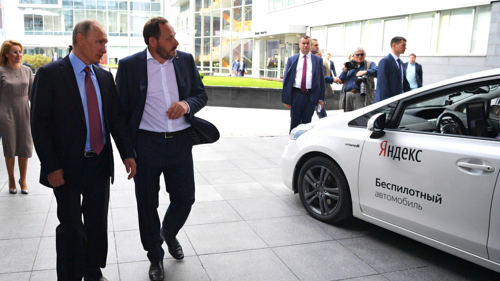 Russia's biggest tech company is almost a Silicon Valley all unto itself. But that comes at a price. Yandex is commonly referred to as 'Russia's Google', but in reality is more like Google, Amazon, and Uber combined — and at that, it has been very successful. Such success has naturally caught the interest of the Kremlin, which looks at the internet as the next battlefield with the West. Evan Gershkovich reports for MIT Technology Review.